The True Cost of Cyber Crime 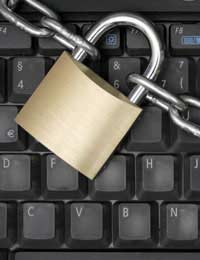 According to recent figures published by the government, the cost of cyber-crime to the UK economy is a staggering £27bn a year. The figures aren’t exact – in fact they are a conservative estimate, and the real cost could in fact be a lot higher, as a lot of cyber crime is thought to be unreported.

The figures are said to consist of an estimated £21bn to business, £2.2bn to the government and a further £3.1bn to individuals.The government has plans to tackle the cost of cyber crime, announced by the Security minister Baroness Neville-Jones. She told a briefing in London, in February 2011, that currently, cyber criminals could afford to be ‘fearless’ because they had no real concerns about being caught.

Why does so much Cyber Crime go Unreported?

The problem seems to be that many companies don’t like to admit they have been caught out by cyber criminals, so they don’t report fraud that’s been carried out against them. This stops the problem being dealt with because if firms are too embarrassed to admit that even they can be tricked by some of the more sophisticated forms of cyber crime, it’s harder to raise awareness, and this hampers any efforts to stamp out the problems.

This fear of ‘reputational damage’ means that any estimates of the actual cost of cyber crime are likely to be inaccurate – and that the ‘worst case scenario according to Baroness Neville-Jones is actually likely to be a lot more than £27bn.

She told the briefing that cyber crime was like terrorism in that the more you know about it, the more frightening it looks.The Federation of Small Businesses believes that around 40 per cent of cyber crime against small businesses in particular goes unreported.

The government is taking the issue of cyber crime seriously and is putting a strategy into place to tackle it. A total of £650m has been allocated to the anti cyber crime strategy in the next four years, and bosses of some of the biggest businesses in the UK are likely to be involved, including Barclays, HSBC, Tesco and BA.

There are plans to disrupt the work of cyber criminals and also to ensure that more are prosecuted and form a working group with key industry members to help get a grip on the issues. Although Baroness Neville-Jones intimated that some of the cyber crime was ‘state-sponsored’ – she also said that there were no plans to get into disagreements with otherwise friendly countries over the issue, but that the efforts would be concentrated on self defence against cyber attack.

Some of the problems with cyber crime in business could be avoided if companies actually knew a little more about the way their own systems worked, the Baroness also said. She felt that there was a problem with companies not being able to trust their own employees not to leak secrets to rival firms, and that these two issues should be confronted.

The people who carry out cyber crime aren’t just the stereotypical teenagers, but along with the so-called ‘state sponsored’ cyber crime, there was a range of people involved, and organisations such as organised criminal gangs who plan their cyber attacks and activities extremely carefully.Nearly half of the £21bn business cost of cyber crime is believed to come from intellectual property theft – such as stealing designs. Illegal file sharing wasn’t included in the figures. Apparently, although it sounds very cloak and dagger, industrial espionage, and stealing or passing on commercial secrets, also seems to be a big problem.

The cost to businesses of intellectual property theft was said to be about £9.2bn, while industrial espionage wasn’t far behind, at £7.6bn. Direct extortion cost businesses £2.2bn, and there were smaller losses from online theft at £1.3bn and theft of customer data which led to costs of about £1bn.

The worst affected sectors were pharmaceutical, biotech, electronics, IT and chemicals.