The Introduction of ID Cards 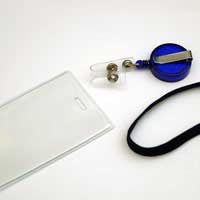 The national identity card will become the 21st century’s greatest achievement says the government. But does it represent the loss of the last straws of individual privacy?

What are ID Cards?

First the government proposed voluntary, information-based cards linking individuals to a record on a national database – holding less information, said the Prime Minister, than a loyalty card. Soon after, the government decided that identity cards should be compulsory to anyone buying a passport. Recently, the Prime Minister has suggested that biometric fingerprint scans would also be added to the cards (putting up the cost dramatically). It’s expected that Brown’s new government will make new decisions on this controversial issue very soon.

Why do we Need ID Cards?

The main purpose of the proposed identity cards is to help the government track us: particularly those of us who are illegal immigrants, criminals or holders of an expired visa. The government wants ID cards for more sinister reasons, too: they’ve spoken about selling the national database information to companies such as banks and supermarkets, and working in collaboration to create a file on every British citizen.

Of course, if you’re not an immigrant, you don’t plan to (and haven’t already) committed a crime, and you’re not living on an expired visa, why should you carry an identity card? Blair’s government put forward a strong anti-terrorist case, and Brown’s government looks set to follow suit. Consultants have advised the new Prime Minister to emphasise the benefits of cards to ordinary people.

What are the Benefits of ID Cards?

There are few individual benefits in carrying an identity card; for most of us it represents the loss of privacy, should we need to show it. Why make this sacrifice? To see the true benefits it’s important to take a step back.

You can read the ID card petition, and the Prime Minister’s full response, online at number-10.gov.uk.